What to visit in Saint-Emilion – Bernard Magrez

What to visit in Saint-Emilion

Listed as a UNESCO World Heritage Site in the category of Cultural Landscape for the entirety of its historic wine-growing landscape, the village of Saint-Emilion not only possesses a superb natural patrimony but also a rich historical, architectural and cultural heritage. Take a walk through the old medieval village, wander through the cobblestone streets, visit the underground quarries and discover its well-kept treasures. Don’t miss the monolithic church, the Cordeliers’ Cloisters, the collegiate church, King’s Keep and of course its legendary vineyards! The monolithic church of Saint-Emilion

The monolithic church is the main religious edifice in Saint-Emilion and probably the most famous tourist site in the village. The church, which dates from the 11th century, was entirely dug out of the rock and is said to be the largest underground church in Europe. It is cut out of a single block of limestone rock. By climbing its 196 steps up to its 68-metre-high bell tower you can enjoy a magnificent view over the village and its vineyards.

Shortly after they arrived in Saint-Emilion and with the agreement of the Pope in 1338, the Cordeliers set up their convent in the centre of the village: le Cloître des Cordeliers. It is made up of a church, courtyard, garden, wine cellar, vat room and underground bottle cellar. Today listed as a Historical Monument and UNESCO World Heritage, it was in the 19th century that the owners had the idea of producing sparkling wine in the underground caves, which offered optimal storage conditions for the bottles. This historic site welcomes visitors for both historical and œnological tours.

Located just behind the tourist office, the collegiate church is the most imposing church in the town of Saint-Emilion. Built in the 12th century, this was a college for canons who lived within these walls. More than just a place of worship, it was where the religious community lived.
Mainly gothic in architectural style, the church also features some Romanesque elements, such as its nave with three bays.
The collegiate church is today the parish church of Saint-Emilion. You can visit it, together with the cloisters, free of charge. Concerts are regularly organised there.

The King’s Keep or “Lou Castel Daou Rey” as the inhabitants of Saint-Emilion call it, is a dungeon dating back to the 13th century. Located inside the village ramparts, it is the only dungeon built in Gironde during the Romanesque period that is still intact. The square-shaped keep is 14 metres high; however the building in its entirety measures 32 metres in height. If you have the energy to climb its 118 steps, you can enjoy a breath-taking panoramic view of the medieval village. Listed as a Historic Monument, the dungeon is today the place where the Jurade is celebrated. The “Jurats” meet here twice a year: in June for the Judgement of the New Wine and in September for the “Ban des Vendanges”, the official declaration of the start of the harvest.

You can’t possibly go to Saint-Emilion without visiting at least a small part of its amazing vineyard! The reputation of Saint-Emilion’s wines is well established, and this is largely thanks to its Atlantic microclimate and limestone soils, which offer ideal conditions for the production of great wines. We strongly advise you to follow the Saint-Emilion wine route and visit some of the many and widely varied châteaux. Depending on the weather, if you only choose to visit one of them, don’t miss Château Fombrauge, the largest Saint-Emilion Grand Cru Classé with its 60 hectares (148 acres). Its programme includes a tour of the château and its French-style gardens, tastings and various workshops, one of which is the famous B-Winemaker, during which you create your own wine. 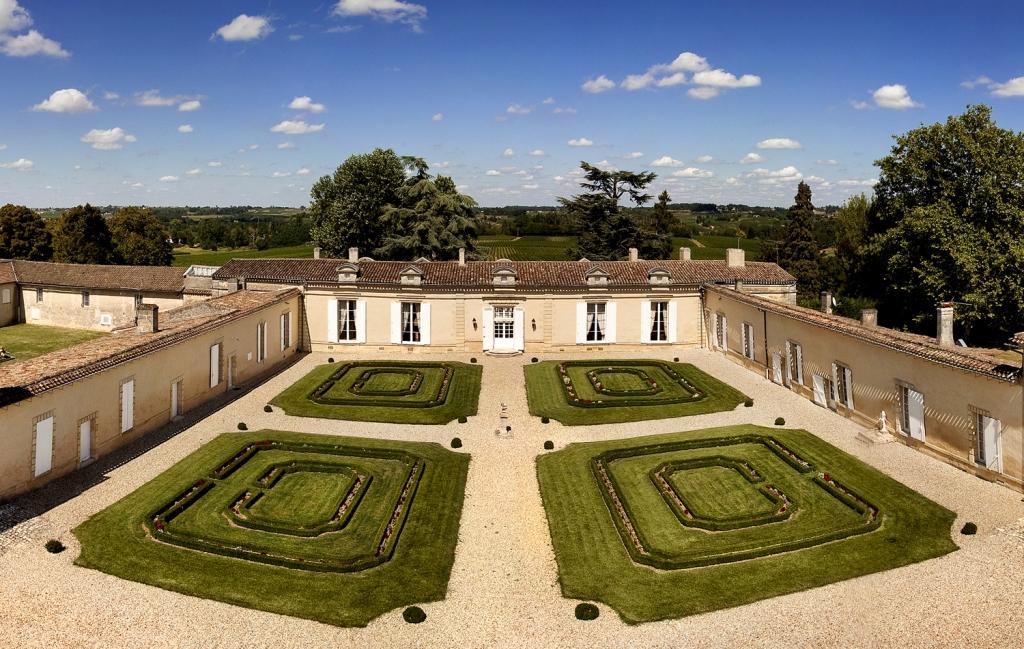