| LET YOURSELF BE GUIDED 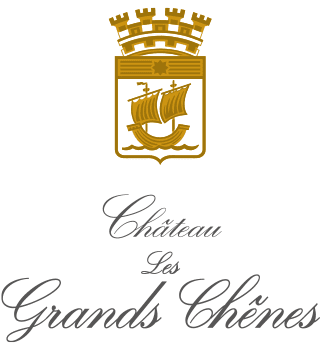 This wine ranks naturally alongside the Grand Cru Classé wines of Bernard Magrez: Château Pape Clément, Château La Tour Carnet, Château Fombrauge and Clos Haut Peyraguey. Situated in exceptional terroir and for too many years overlooked, this estate was given a new lease of life by Bernard Magrez. It was a project that he had mulled over for 10 years. During that time, he had searched for that special gem, that outstanding terroir in which a great wine could be born, and he finally found it here on the famous hill of Saint Christoly-du-Médoc, which overlooks the spot where the river meets the ocean. He invested all his savoir-faire and passion in the new project, just as he had done at his 4 Grand Cru Classé estates. Today, this estate has achieved international acclaim for both its special qualities and its value for money, making it one of the most attractive wines produced in Bordeaux.

A name that resonates in history

Planted by the Romans and later tended by monks, the Château’s vineyard also benefited from a subsequent boom in world trade. As commerce continued to develop over the years, so Château Les Grands Chênes evolved to become today a great wine coveted by wine enthusiasts who are in the know. Back in the 13th century, the port of St Christoly was a hub for wine exports towards northern Europe; and as a bustling point of transit for national goods, it was fundamental for the burgeoning wine trade. The ships that sailed across the oceans to deliver the fruits of the hard work carried out by Bordeaux vine-growers were in those days built of oak.

Oak trees therefore came to symbolise the courage and determination of the sailors who ventured overseas contending with the elements. The name Château Les Grands Chênes (The Great Oaks) was a tribute to those sailors and early pioneers of the wine trade who, thanks to their encounters and exchanges abroad, helped forge the renown of the Bordeaux terroir.

Just as at all the other Bernard Magrez wine estates, no effort is spared at Château Les Grands Chênes to produce exceptional wines. The harvesting is done by hand (like at each of the Bernard Magrez estates in France and abroad), the vinification is carried out using manual pigeages, and the new wine is run directly into new French oak barrels, in which it is aged for 18 months to become a true Médoc pearl, an outstanding product -a wine of excellence.

Today a rising star of the Médoc, Château Les Grands Chênes is sought-after by wine enthusiasts. The outstanding quality of its wine has won the plaudits of all the fine wine connoisseurs over more than twenty years. Classified as one of the top Médoc Cru Bourgeois growths more than ten years ago, Château Les Grands Chênes has continued to gain awards and win medals at the leading national and international wine challenges and to earn the recognition of the most prestigious wine guides.

In the heart of its Gardens, the thousand-year-old olive trees and the imposing Cedar of Lebanon watch in silence over the Castle, revealing all in subtlety its period charms.

Through this Grand Cru Classé, discover seven centuries of history.

In one of its seven reception rooms, welcome up to 250 guests, for an unforgettable moment.